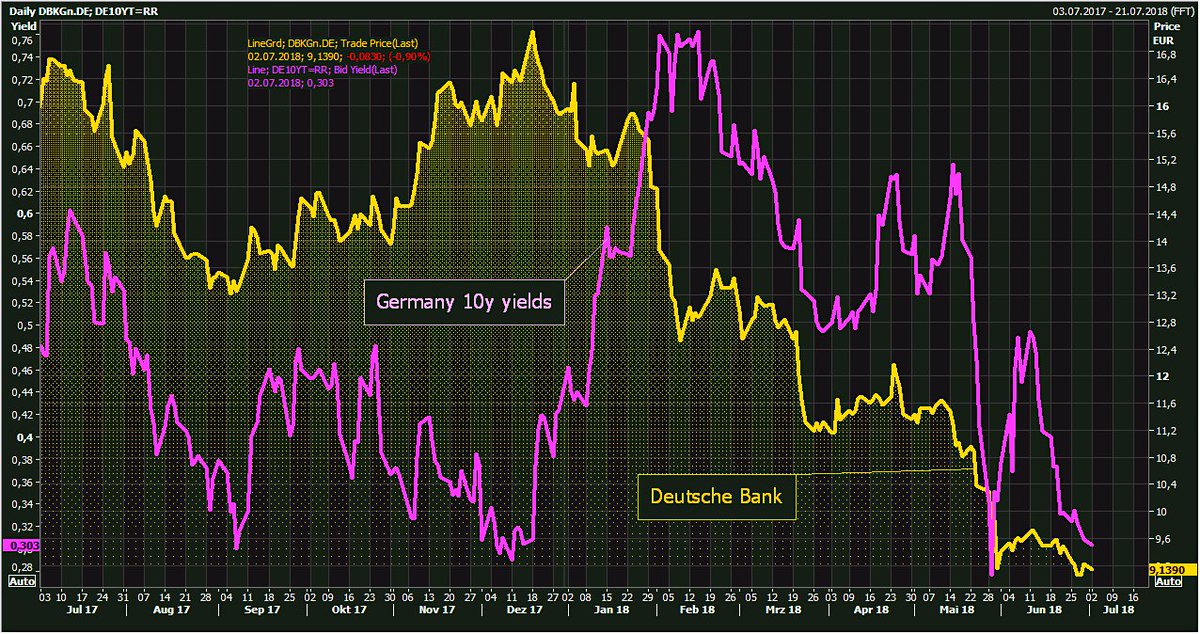 The European Central Bank intensified its push for a tool that would hand authorities the power to stop deposit withdrawals when a bank is on the verge of failing.

ECB executive board member Sabine Lautenschlaeger said that bank resolution cases this year showed that a so-called moratorium tool, which would temporarily freeze a bank’s liabilities to buy time for crucial decisions, is needed.

Her comment comes as policy makers in Brussels debate how such measures should be designed, and just days after the ECB officially called for the moratorium to extend to deposits as well.

EU member states appear ready to heed the request, according to a Nov. 6 paper that develops their stance on a bank-failure bill proposed by the European Commission. They suggest giving authorities the power to cap deposit withdrawals as part of a stay on payments only after an institution has been declared “failing or likely to fail.”

The power to install a moratorium “can in principle apply to eligible deposits,” the paper reads. “However, resolution authority should carefully assess the opportunity to extend the suspension also to covered deposits, especially covered deposits held by natural persons and micro, small and medium sized enterprises, in case application of suspension on such deposits would severely disrupt the functioning of financial markets.”

A version of the commission’s proposal to allow supervisors to impose a five-day payment stay on banks is retained in the document seen by Bloomberg, despite warnings from lobbying groups and regulators including the Bank of England that it would endanger financial stability. It would only apply to firms that have already been found to be failing.

Member states may however abandon a controversial “early intervention moratorium,” which could have been imposed even before an institution was declared failing or likely to fail. Industry representatives had arguedthat such a stay could destabilize a firm and even tip it into resolution. The paper, prepared by the Estonian government, the holder of the EU’s rotating presidency, removes the article in question.

The damage caused by counterparties racing for the door when a financial firm gets into trouble was highlighted by the 2008 failure of Lehman Brothers Holdings Inc. In response, the industry agreed to rewrite standard financial contracts to allow derivatives and other contracts to remain intact for as long as 48 hours after a bank fails.

“Either it’s a moratorium tool with a very broad coverage or you don’t need it,” Elke Koenig, the head of the EU’s Single Resolution Board, said in Frankfurt. “A discussion about a moratorium except for all deposits, there is not much of a point.”

The European Commission, the EU’s executive arm, proposed the moratoria as part of an update of the Bank Recovery and Resolution Directive, the centerpiece of the bloc’s attempts to tackle too-big-to-fail lenders. A five-day stay would be out of sync with the protocols developed by the International Swaps and Derivatives Association that provide a voluntary mechanism for the world’s biggest banks to recognize each other’s payment-stay rules.

The voluntary protocols include an opt-out provision in case those rules are changed to lengthen the stay. The BOE said the proposed EU moratorium “would likely trigger this opt-out right,” undermining attempts to ensure that global banks can be wound down without wreaking havoc on the economy.

The moratorium is controversial because derivatives are used as hedging tools, covering a company’s future bond payment, for example, or a bank’s bet in the opposite direction laying off some risk it had taken on. A lengthy suspension would risk pitching a counterparty into default.

In an opinion issued on Nov. 8, the European Central Bank said a pre-resolution moratorium should be used to “prevent severe deterioration of a credit institution’s balance sheet,” in particular to allow supervisors to complete an assessment of the lender’s viability.

To be effective, such a moratorium would need the “broadest possible scope,” and the general exception for covered deposits should be “replaced by limited discretionary exemptions to be granted by the competent authority in order to retain a degree of flexibility.” This would mean supervisors could limit withdrawals by depositors.

After EU member states agree on a common position, they still have to find common ground with the European Parliament. A spokesman for the Estonian presidency declined to comment on the document.

ECB intensified its push for a tool that would hand authorities the power to stop deposit withdrawals when a bank is on the verge of failing.