LONDON (Reuters) – Global debt is expected to climb to a new all-time high of more than $257 trillion in the coming months, the Institute of International Finance estimated on Monday, adding there was no sign of it retreating either.

Total debt across the household, government, financial and non-financial corporate sectors surged by some $9 trillion in the first three quarters of 2019 alone.

In mature markets total debt now tops $180 trillion or 383% of these countries’ combined GDP, while in emerging markets it is double what it was in 2010 at $72 trillion, driven mainly by a $20 trillion surge in corporate debt.

Global government debt alone is set to break above $70 trillion.

China’s debt is fast approaching 310% of its GDP — one of the highest in emerging markets – and following a marked slowdown in 2017/18 when Beijing made a big push for deleveraging, there has been a pick-up again in corporate debt.

All parts are the world are loading up however. Household debt-to-GDP have reached a record high in Belgium, Finland, France, Lebanon, New Zealand, Nigeria, Norway, Sweden and Switzerland.

Another potentially risky trend is that the amount of emerging market ‘hard currency’ debt – debt sold in a major currency like the dollar that can become hard to pay back if a crisis hits a local currency’s value – reached $8.3 trillion in Q3 2019, $4 trillion higher than a decade ago.

Dollar debt accounts for over 85% of this increase. 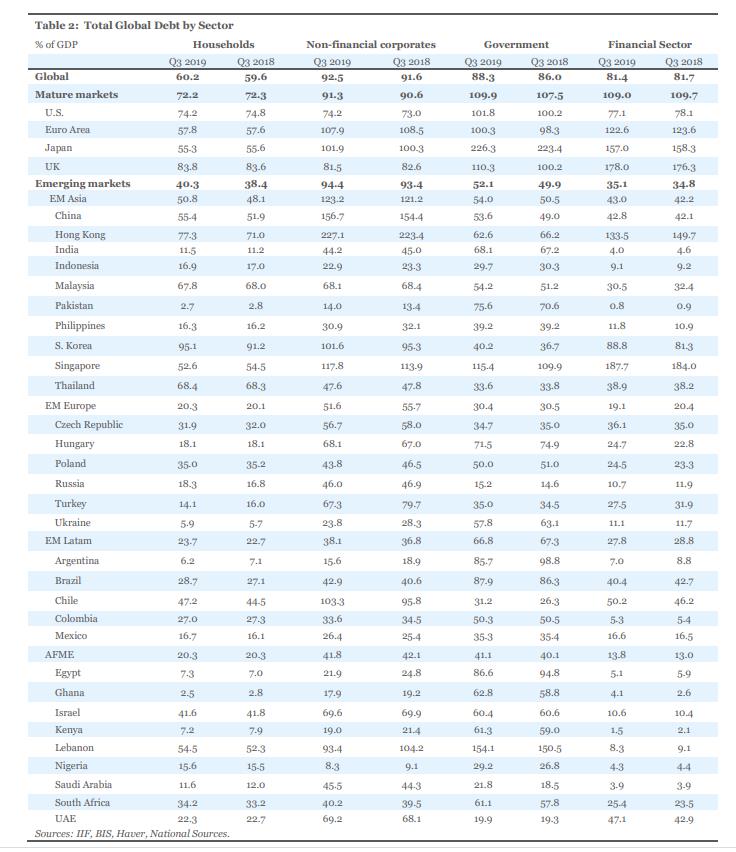 [Reuters] Fed on hold, but will financial risks matter?