Eurointelligence: the car emissions scandal yesterday spread to almost the entire German car industry. Audi’s chairman is now under criminal investigation. And Daimler-Benz has to recall almost 1m cars. They all cheated, just as VW did.

The daily Put/Call Vol. Ratio sees its lowest reading since before the Jan. 26 top. Options traders expect everything to be perfect. 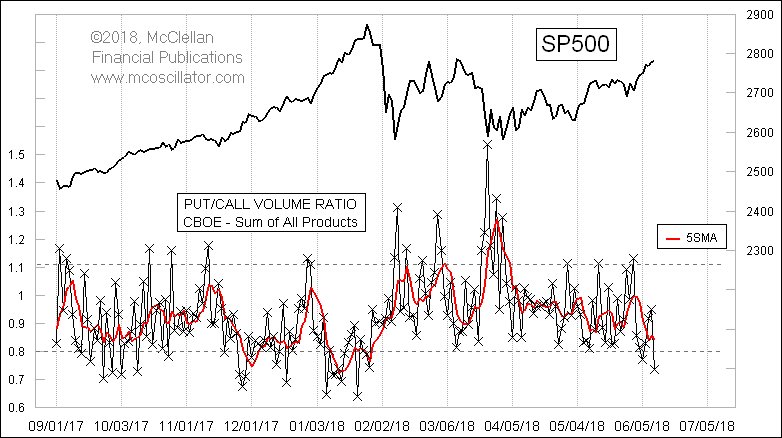 In signed document, Trump and Kim declare the U.S. president would provide unspecified “security guarantees” to Kim in exchange for the North Korean leader’s “unwavering commitment to complete denuclearization of the Korean peninsula” https://bloom.bg/2LLH2cW  #TrumpKim 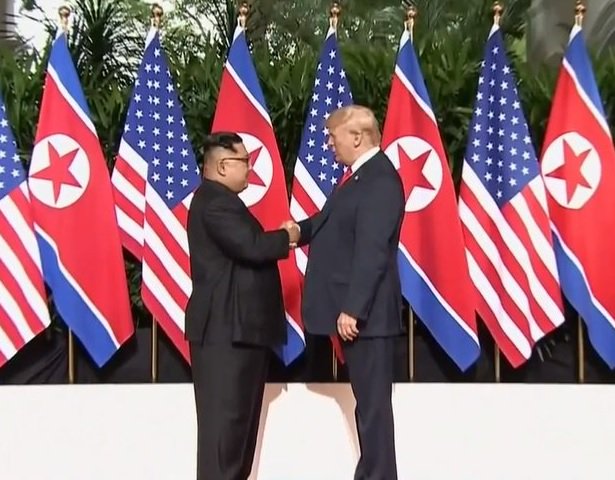 Lagarde says clouds over global economy are getting "darker by the day – and, I was going to say, by the weekend" https://t.co/riykVmPyKZ pic.twitter.com/L75unf3we0

[WSJ] The Fed’s Biggest Dilemma: Is the Booming Job Market a Problem?

The first days of the Five Star/Lega administration are giving us a clearer picture on where the priorities lie. No, they are not planning to leave the euro. They don’t want to talk about economics much.

The battle lines are immigration and possibly foreign policy.

Matteo Salvini, in his new role as Italy’s interior minister, yesterday secured a public relations coup with his decision to deny permission for a refugee ship to land in Italy.

The decision would have resulted in a major humanitarian crisis if Spain had not accepted the 629 refugees instead. It is not hard to see how Salvini could cause a major political crisis in the EU, which we believe is very much his intention. Italy has much stronger political leverage in this area than it does in economic policy.

The other big battle line will be on foreign policy.

We got a hint of that last week when Giuseppe Conte, Italy’s prime minister, supported Donald Trump in his impromptu call to have Russia readmitted to the G7. This constituted an important signal to Trump that he can now split the EU.

We noted a comment by Antonio Polito in Corriere della Sera, who sees the internal dynamics of the new administration favouring the Lega. Salvini’s role is to push while that of Luigi Di Maio, Five Star leader, is to appease. It’s a game of good cop/bad cop with the advantage to the bad cop, he writes. He sees the possibility of a newly revived centre-right, under the leadership of Salvini.

Italy’s bond yields dropped yesterday following an article by Giovanni Tria, the new finance minister, commiting to Italy’s membership of the eurozone and to debt reduction.

We don’t buy it, but see this instead as a tactical move to focus attention away from the fundamental incompatibility between the new government’s fiscal priorities and the EU’s fiscal rules.

The main lesson from the Greek standoff in 2015 is that any parallel currency scheme needs to be prepared well in advance, and that it needs sufficient political support. None of these conditions are in place in Italy now, and they may never be. But the underlying situation is not improving either. Italy’s sustainability in the eurozone can thus not be taken for granted.

The German press, meanwhile, is focusing on the still-growing Target2 imbalances. Germany’s surplus in May reached €956bn while Italy’s deficit was €465bn, up by €38bn. The paper interprets the increase as caused by capital flight.