This guest commentary was written by Christopher Whalen. It was originally posted on The Institutional Risk Analyst. 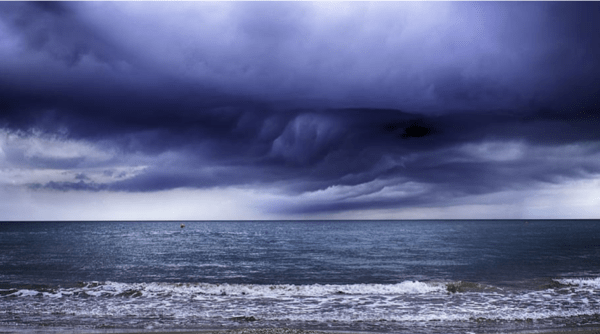 In this issue of The Institutional Risk Analyst, we review some of the credit developments that have occurred since the explosion of the COVID19 pandemic and related hysteria. But first a few comments about the American political economy seem to be warranted.

With the panic-stricken response to COVID19, any semblance of fiscal probity in the major industrial nations has long since been tossed into the dumper.

In Washington, the national Congress passed the largest unfunded mandate in American history with the CARES Act and promptly left town for safer climes. Would that Mark Twain were alive today.

Full nationalization of the US credit markets has been achieved.

The US Treasury bond market and the government-covered mortgage related markets are the only liquid markets remaining outside of the crap shoot/inflation hedge we call global equities.

The markets Treasury and agency securities have now been turned into a terrarium project for the fun and amusement of the Federal Open Market Committee.

Of course, this development was inevitable following the equally great social sacrifice of two World Wars a century ago. We are living in the aftermath of the Somme and Verdun, Guadalcanal and D-Day. As we noted in the inside page of the 2010 book, “Inflated: How Money and Debt Built the American Dream,” democratic societies inevitably fail because of fiscal profligacy. And these fiscal demands often come about as the result of or in the aftermath of war.

Four decades later, Hayek’s observation clearly has been proven right. The FOMC has lost control over the size and growth rate of the dollar as a currency. Hyperinflation beckons, at least after we get done with the debt deflation of COVID19. The phone rings and the Federal Reserve Bank of New York buys securities until the market are sated – sometimes beyond that point.

And the Fed has been forced to finance a growing offshore float in dollars that now totals some $15 trillion and climbing. As we’ve noted in past comments, the Fed’s efforts have made it cheaper to borrow dollars offshore than in domestic US markets. The offshore demand for dollars is the largest and largely unspoken variable in the FOMC’s monetary policy puzzle.

Meanwhile, the Trump Administration is dropping helicopter dollars in advance of the November 2020 election. Like a Latin caudillo handing out free groceries on election day, the hundreds of billions in fiscal assistance in response to COVID19 are merely targeted gratuities for a desperate electorate.

With all of the “action” from Washington, the lockdown to avoid the worst aspects of COVID19 has probably taken US GDP down at least 10-15% in terms of lost employment and businesses in the services sector alone.

The levels of reserves seen in bank earnings so far suggests that depository institutions are expecting a wave of loan defaults far larger than 2008.

When JPMorgan (JPM) took loss provisions up 450% from the previous quarter, then tightened credit across various wholesale channels, the message was clear: credit needs to tighten, a lot. Exposure at default at most major banks has gone from the low teens to near 100% in just 30 days.

Other banks and agencies, including the housing GSEs such as Fannie Mae and Freddie Mac have followed suit, reducing credit availability to a broad swath of the US economy. We even hear tales of the Federal Home Loan Banks liquidating financing positions for collateralized loan obligations (CLOs). Yes, that’s right. The FHLBs were so hungry for business that they were financing “AAA” tranches of CLOs.

Outside of the world of eligible collateral that can be pledged as security for loans at the Federal Reserve Bank of New York, the situation is dire. Liquidity has left the market for private label loans of all types. Once again, as in the late 1990s, we see fringe lending products such as marketplace loans and prime jumbo mortgages trading at a steep discount. This morning, the bid for performing prime jumbo loans is in the low 90s.

Just to show you that God does have a sense of humor, just before the COVID19 crisis got underway, the Federal Deposit Insurance Corporation approved the applications submitted by Square, Inc. (SQ), and Nelnet, Inc to create two de novo industrial banks in UT. Square Financial Services, Inc., will originate commercial loans to merchants that process card transactions through SQ’s payments system from Salt Lake City.

Nelnet Bank will originate and service private student loans and other consumer loans as an internet-only bank operating from a single office in Salt Lake City. Sadly, the markets to be served by these two nonbank pioneers have been badly damaged by the COVID19 crisis. John Davis at Raymond James calls COVID19 “kryptonite” for the once high-flying SQ and says that the economic contraction will hurt both credit card processing volumes and the firm’s infant lending business for years to come. “COVID19 illustrates the cyclicality of the business that simply does not justify a double-digit revenue multiple,” he adds.

As this difficult week comes to an end, the financials seem to have settled-down into a trading range at or just above book value for the exemplars in the group. While we do anticipate a wave of loan defaults hitting US banks in coming quarters, the industry should be able to handle the load without any more inconvenience than suspending share buybacks. 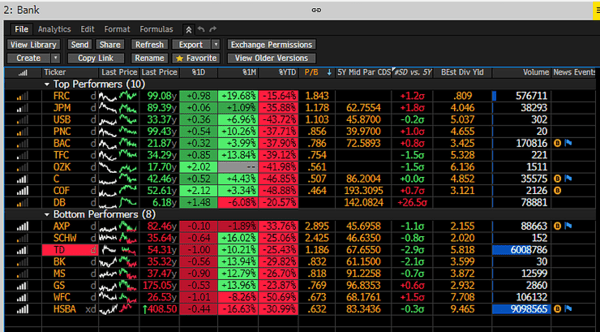 To us, the bigger question facing financials is when the housing GSEs, Fannie Mae and Freddie Mac, will be forced to seek financial assistance from the US Treasury to fund loan repurchase obligations.

Black Knight (BKI) reports that the 3.4 million American homeowners now in CARES Act forbearance plans represent 6.4% of all active mortgages. But what about the millions of homeowners who could not qualify for forbearance? How many consumers will ultimately default?

Reading the body language of the commercial banks and non-bank lending markets, we anticipate a wave of defaults across a range of asset classes that will be far larger than 2008. Whereas the great financial crisis saw severe credit default events across a range of residential mortgages and related securities, this time the picture looks more like the 1930s. We anticipate that net loss rates will rise quickly from the historic lows seen over the past several years to and even exceeding 100% loss in many asset classes.

Christopher Whalen is the author of the book Ford Men and chairman of Whalen Global Advisors. Over the past three decades, he has worked for financial firms including Bear, Stearns & Co., Prudential Securities, Tangent Capital Partners and Carrington.

This piece does not necessarily reflect the opinion of Hedgeye.